Now the last of the four Israeli corvettes built in Kiel has also been completed. The warship, a Sa’ar 6 class corvette with stealth technology, left the ThyssenKrupp Marine Systems (TKMS) shipyard on August 19, 2021 and was ceremonially handed over to the Israeli Navy. On its way to Haifa in Israel, the Israeli warship was escorted through the Kiel Canal under strong security measures with police protection on water, on land and in the air. The Mossad, the Israeli secret service, was also on the move in Schleswig-Holstein on the occasion of the transfer of the stealth corvette “INS Nitzachon”.

The INS Nitzachon is a 92-meter-long corvette with stealth technology of the Sa’ar-6 class, a series of four Israeli corvettes, are primarily intended to secure the Israeli natural gas fields in the Mediterranean in the future. The three other corvettes INS Magen, INS Oz and INS Atzmaut have already been handed over to the Israeli Navy. 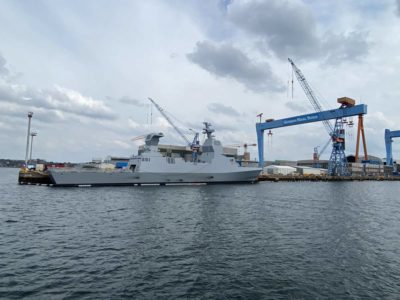 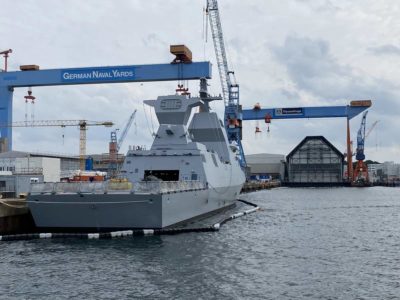 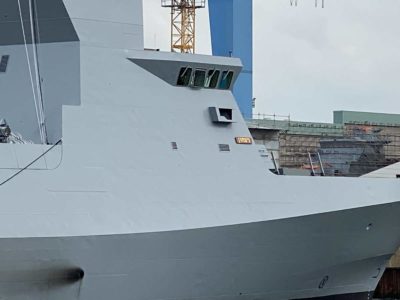 Israeli corvette built in the TKMS shipyard in Kiel 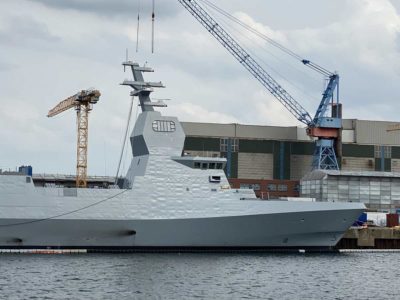