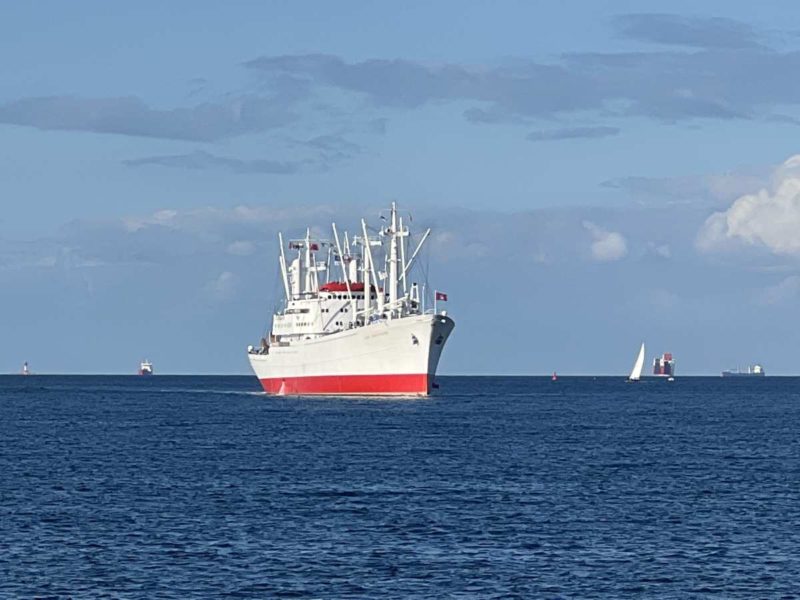 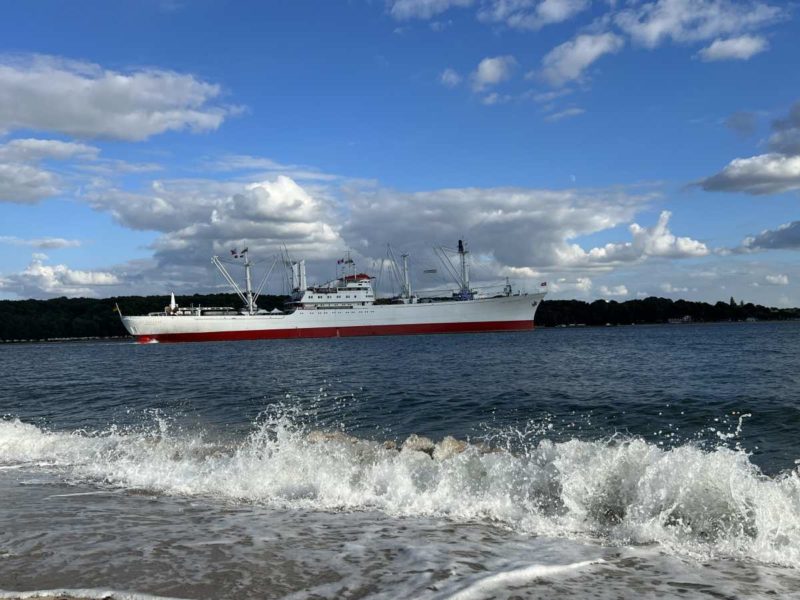 On August 6, 2022, the Cap San Diego, coming from Rendsburg, passed the Kiel Canal and left the lock in Kiel-Holtenau in the afternoon. This was followed by a trip towards the Baltic Sea and around 6 p.m. the museum cargo ship had passed the Laboe naval memorial and the lighthouse on Falckensteiner Strand with its destination Sartorikai in the port of Kiel. Arrival at Sartorikai (roughly described between Ostseekai and Schwedenkai on the west bank of the Kiel Fjord) was around 7 p.m. The Cap San Diego will be here until Thursday (11 August 2022) and then leave the port of Kiel again on Thursday at 11 a.m.