Home/Posts/Cruise Ships, Kiel/AIDAcosma cruise ship is docked at the Ostseekai cruise terminal in Kiel
Previous Next

AIDAcosma cruise ship is docked at the Ostseekai cruise terminal in Kiel and will leave the port of Kiel again on Wednesday evening (February 23, 2022).

The 337 meter long AIDAcosma, the newest cruise ship of the shipping company Aida Cruises, will only remain in the port of Kiel for a few hours after staying in Kiel for several days. After the storm and rain of the past few days has abated, there is now a good opportunity to photograph and film the cruise ship again from the fjord at its berth at the Ostseekai. Of course, the best way to do this is to take a trip on the SFK Förde ferry, which runs directly past the Ostseekai on its route from the train station bridge to the Reventloubrücke pier. And the AIDacosma was of course not the only large ship in the port of Kiel. The Color Magic of the Color Line was moored at the Norwegenkai and the Stena Scandinavica of the shipping company Stena Line at the Schwedenkai.

The AIDAcosma, the second ship of the so-called Helios class, arrived in the port of Kiel from Bremerhaven on the morning of February 18 and was moored at the Ostseekai. However, due to the poor weather conditions, the cruise ship owned by the Aida Cruses shipping company left its berth at the cruise terminal just a few hours later in order to remain on the open sea between the Bay of Kiel and Denmark during the storm. Two days later, the AIDAcosma returned to Kiel at the Ostseekai. And now, in a few hours, the cruise ship will cast off again when it leaves the port of Kiel around 6 p.m. on early Wednesday evening. 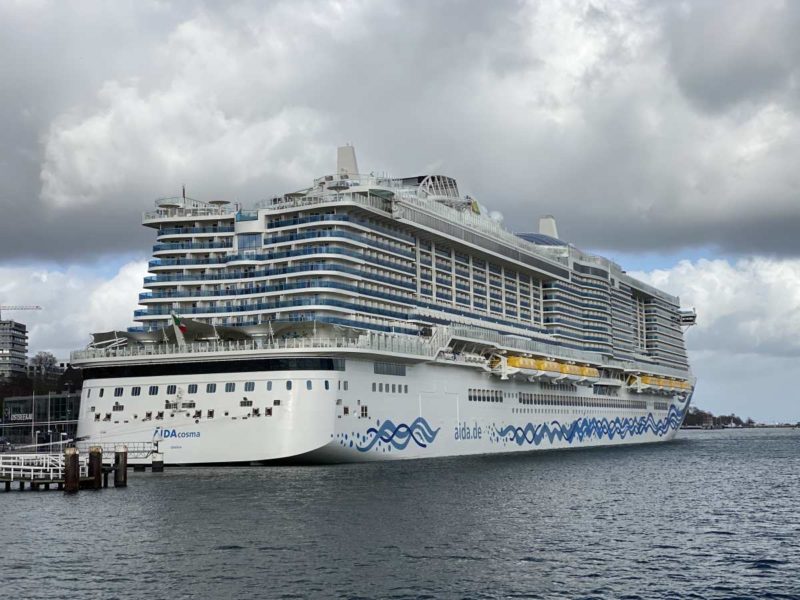 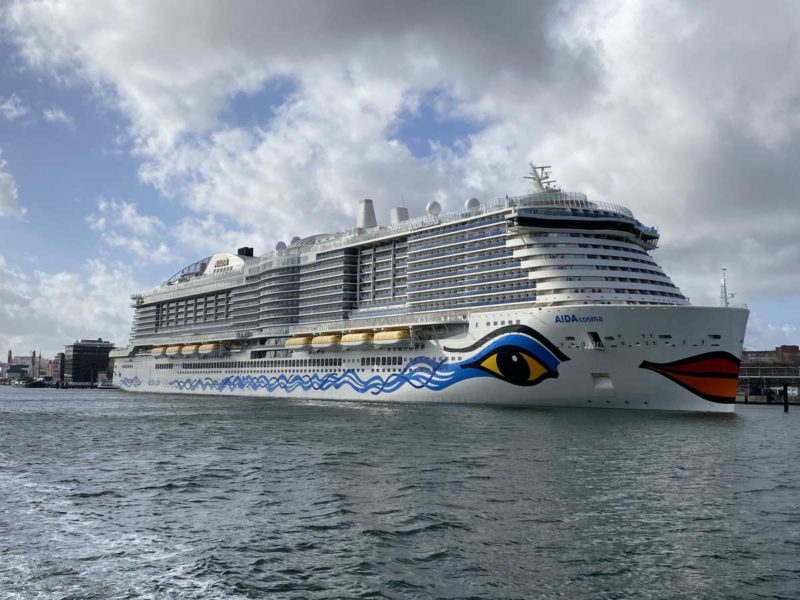 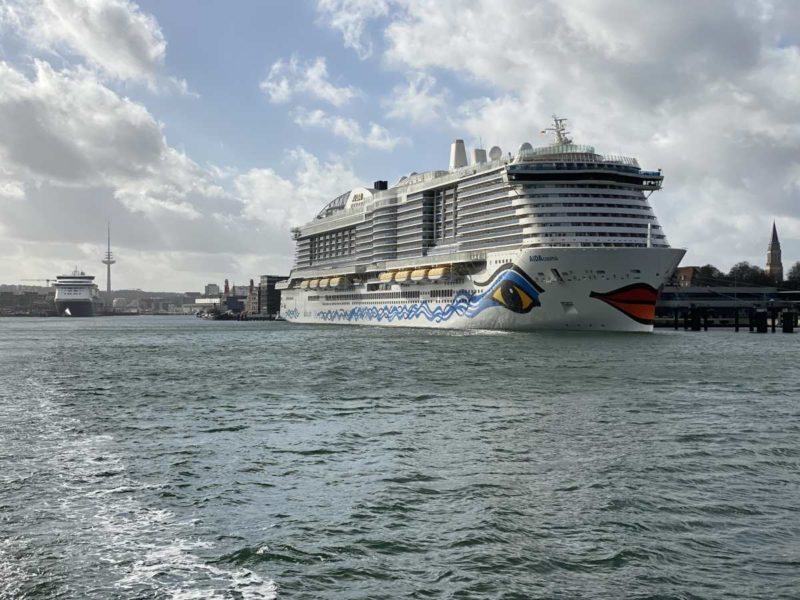 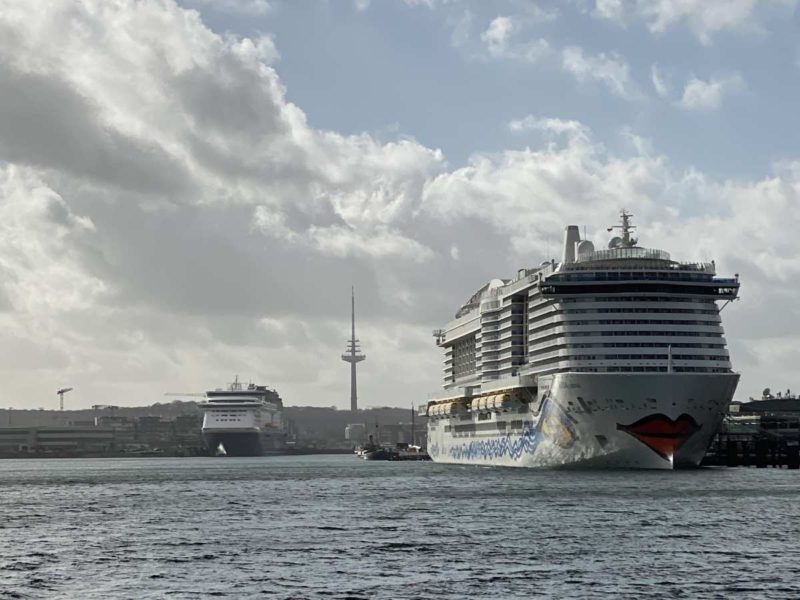 Videos Cruise ship AIDAcosma in the port of Kiel