The two Color Line freight ferries, Color Carrier and Color Viking, are shut down and sold. According to the shipping company Color Line, the main reasons for the sale are the rising energy costs and the economic outlook for 2023.

The Norwegian shipping company Color Line recently announced that its two ships Color Carrier and Color Viking will be decommissioned this month. The Color Carrier is a 155 meter long and 22 meter wide RoRo cargo ship and has been operating between Kiel and Oslo since 2019. The 137 meter long Color Viking operates daily between Sandefjord in Norway and Stromstad in Sweden. The Color Viking is also a RoRo cargo ship, but also very popular with Norwegian passengers, especially to buy cheap tobacco products on board. However, due to a change in the law in Norway, which will result in a reduction in the amount of tax-free tobacco products, Color Line expects the number of passengers on the Sandefjord-Stromstad route to decrease in the future. At the same time, however, the shipping company is experiencing rising costs, for example for fuel and shore power. 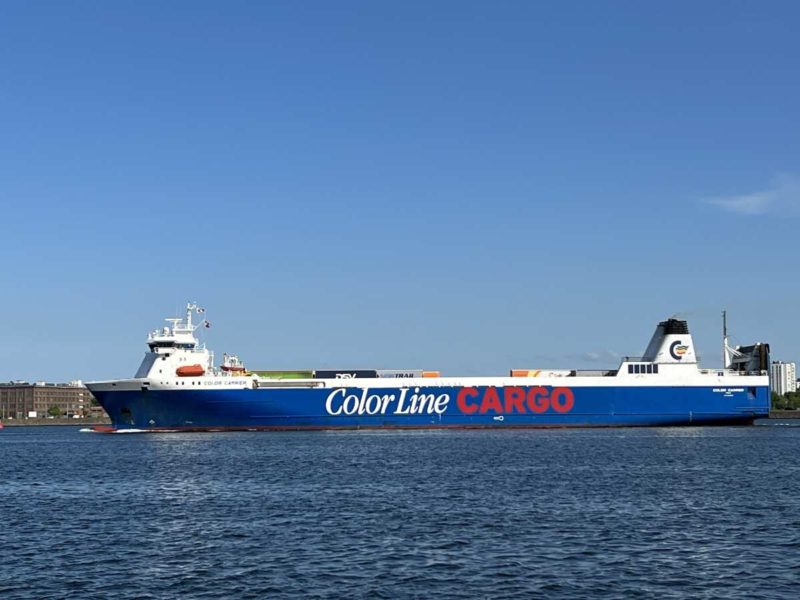 The cost increase also affects the color carriers on the Kiel-Oslo route. However, freight traffic between Kiel and Oslo will not be completely stopped here after the RoRo ferry has been shut down. After all, the two Color Line ships Color Fantasy and Color Magic also operate on the Kiel-Oslo route. And nothing will change about that either, because according to Color Line, the load factor in the passenger area on this route is still high and the outlook for 2023 is also positive. Freight transport between Kiel and Oslo will be continued in the future with the 224 meter long ships Color Fantasy and Color Magic.