BALTOPS 2019: Navy ships in the Kiel Fjord on their way to maneuvers in the Baltic Sea

Home/Posts/Events, Kiel, Navy Ships/BALTOPS 2019: Navy ships in the Kiel Fjord on their way to maneuvers in the Baltic Sea
Previous Next

BALTOPS 2019: Navy ships in the Kiel Fjord on their way to maneuvers in the Baltic Sea

BALTOPS 2019: Numerous naval ships are leaving the Kiel naval base in the Kiel Fjord and are on their way to the BALTOPS maneuver in the Baltic Sea.

The annual Baltic maneuver BALTOPS (Baltic Operations) is imminent and this year the Kiel naval base, the Tirpitzhafen Kiel, is the Starz and final port of the maneuver. In the past few days, more naval ships from different countries came to Kiel almost every day.

On June 10, 2019, most of the ships left the naval base in Kiel to take part in the Baltopss maneuver in the Baltic Sea. To do this, the warships had to pass through the Kiel Fjord and on their way to the Baltic Sea also passed the lighthouse on Falckensteiner Strand, where one of the narrowest passages of the fjord is located between the west bank and the east bank. So perfect for shipspotters, and to photograph and film the passing navy ships. Because here there was an almost unique opportunity to see over 20 navy ships of different nationalities, including ships of the German Navy, US Navy, Spanish Navy, Danish Navy, Turkish Navy, Polish Navy, in less than three hours. 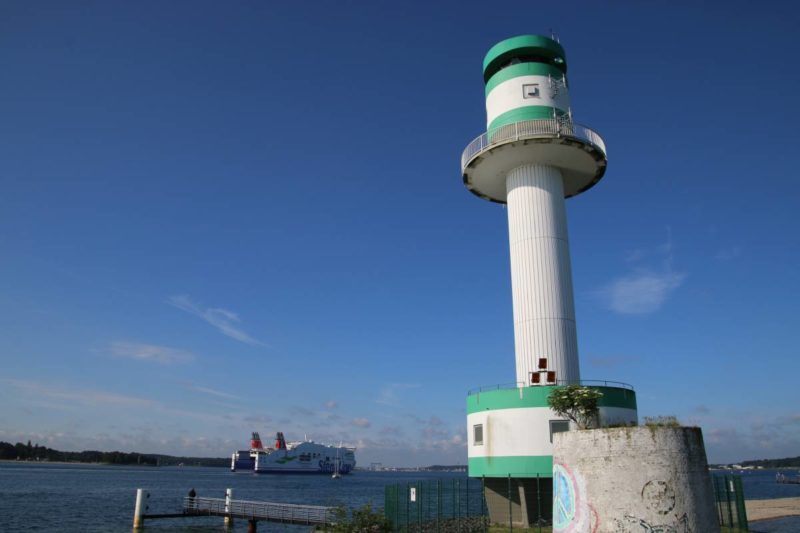 In general, the passing ships can be photographed at the Kieler Förde around Friedrichsorter lighthouse on Falckensteiner Strand, not only the naval ships that take part in the Baltops maneuver. During the windjammer parade during Kiel Week, this stretch of beach is a very popular place for everyone who wants to see the sailing ships passing by. 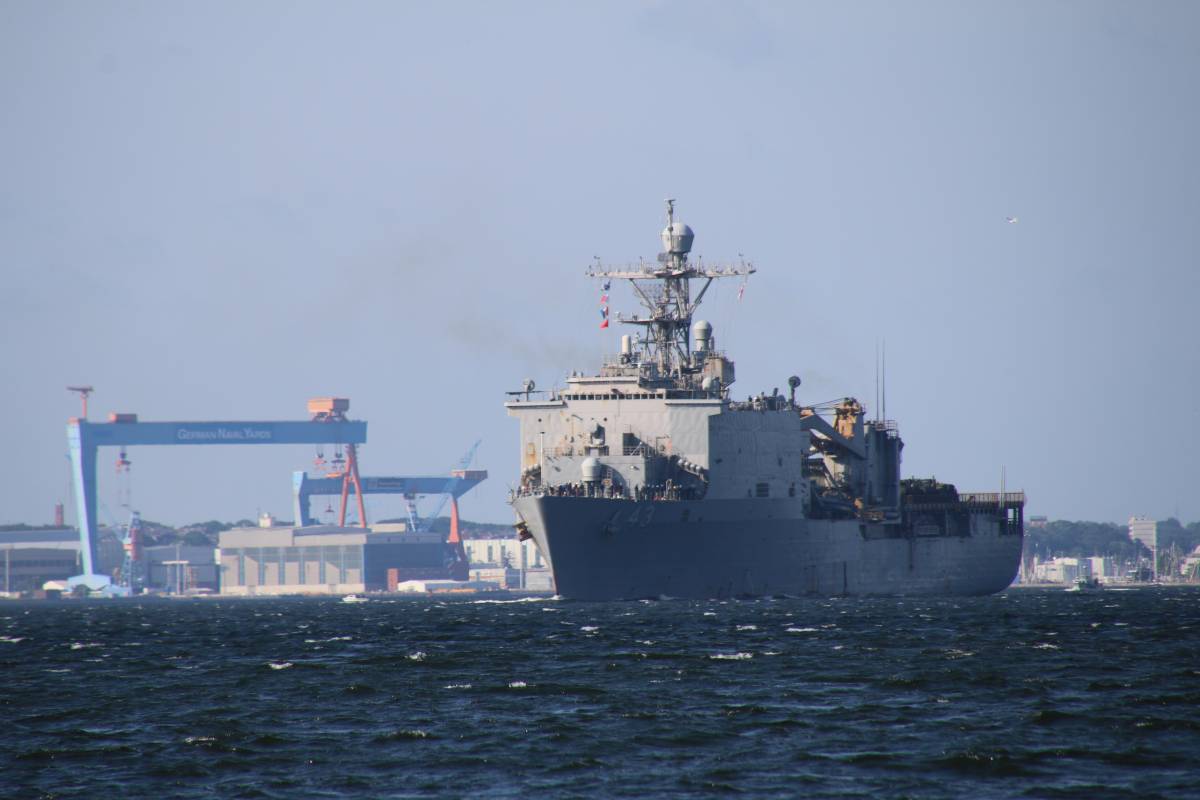 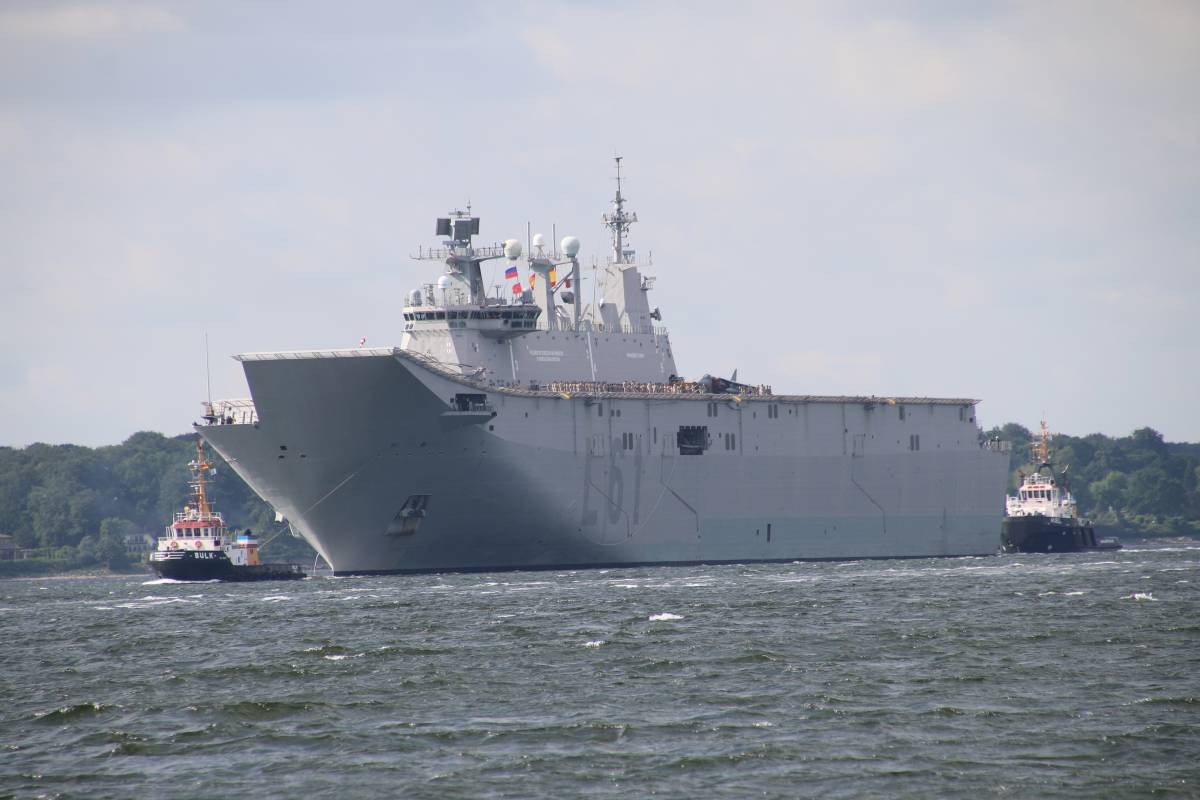 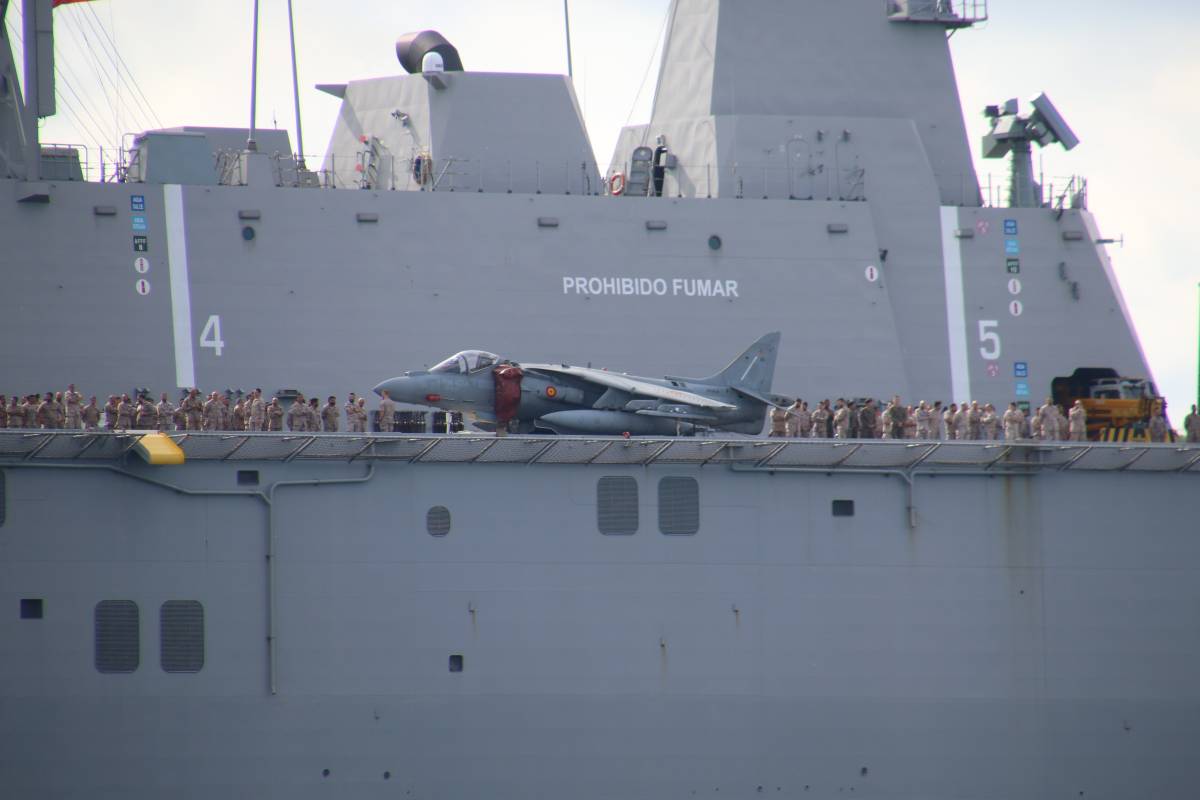 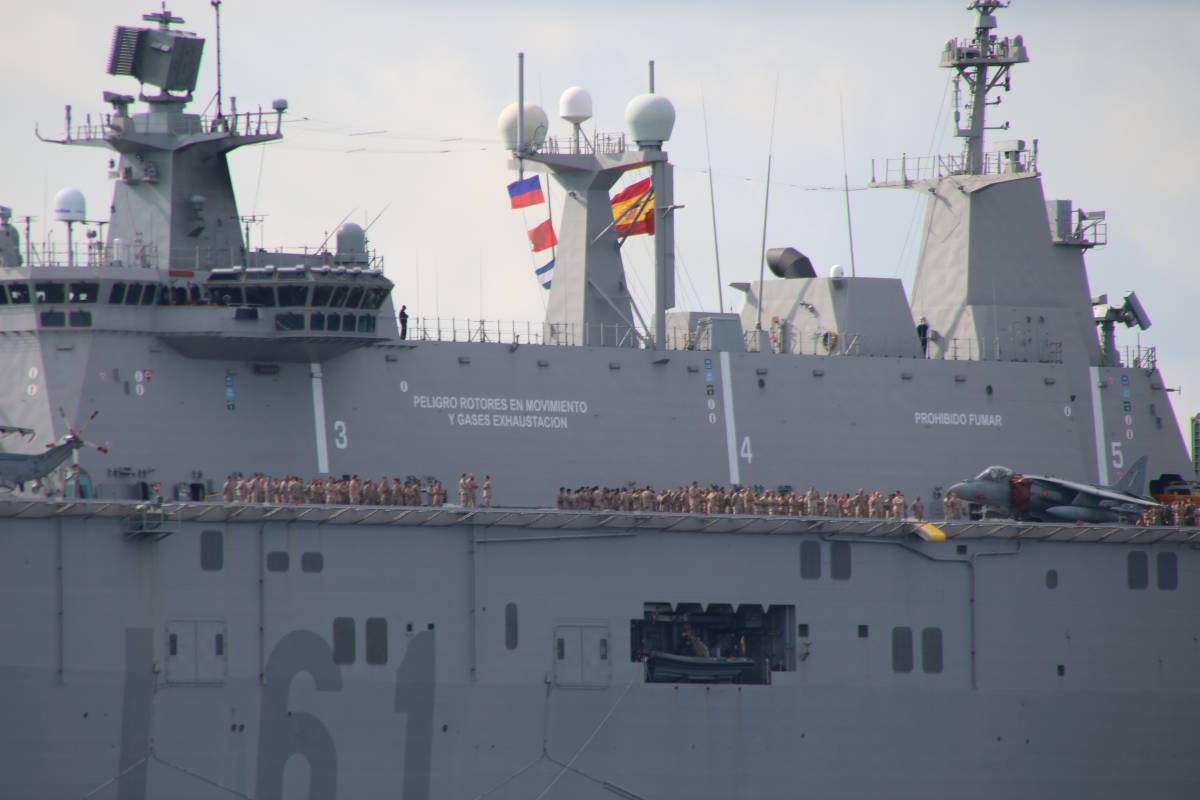 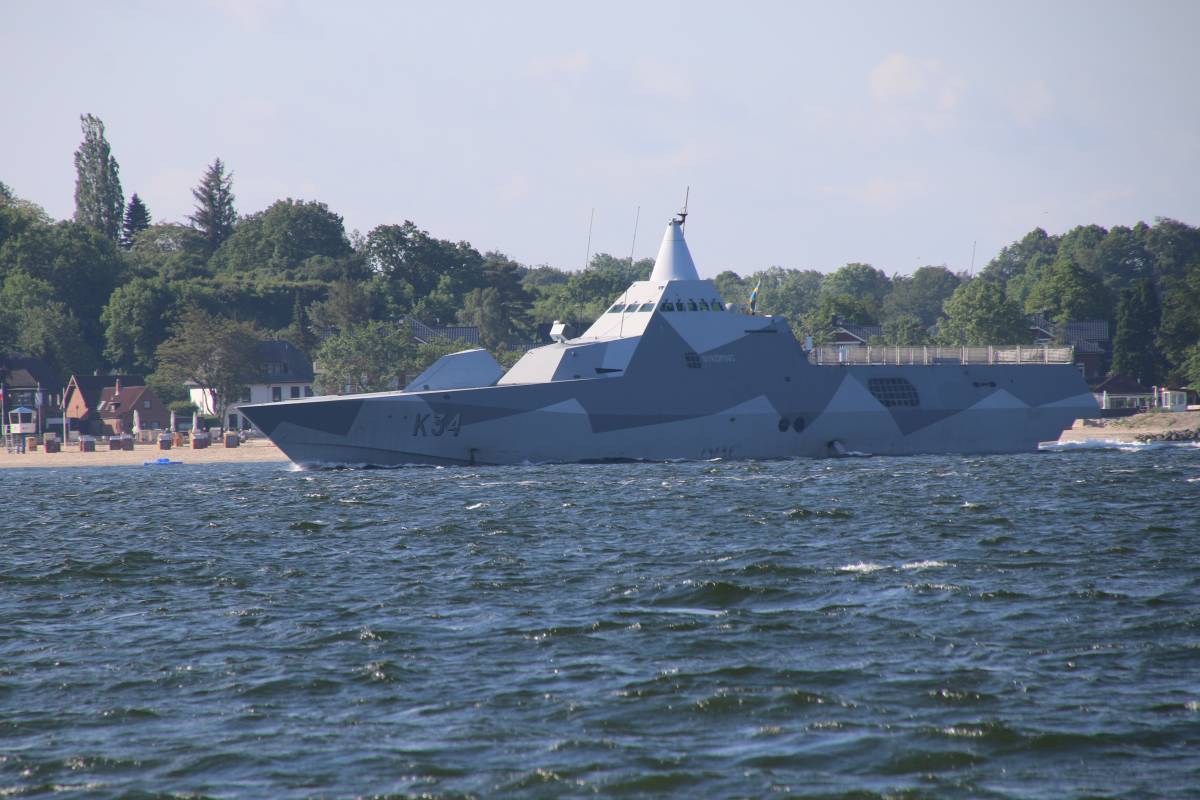 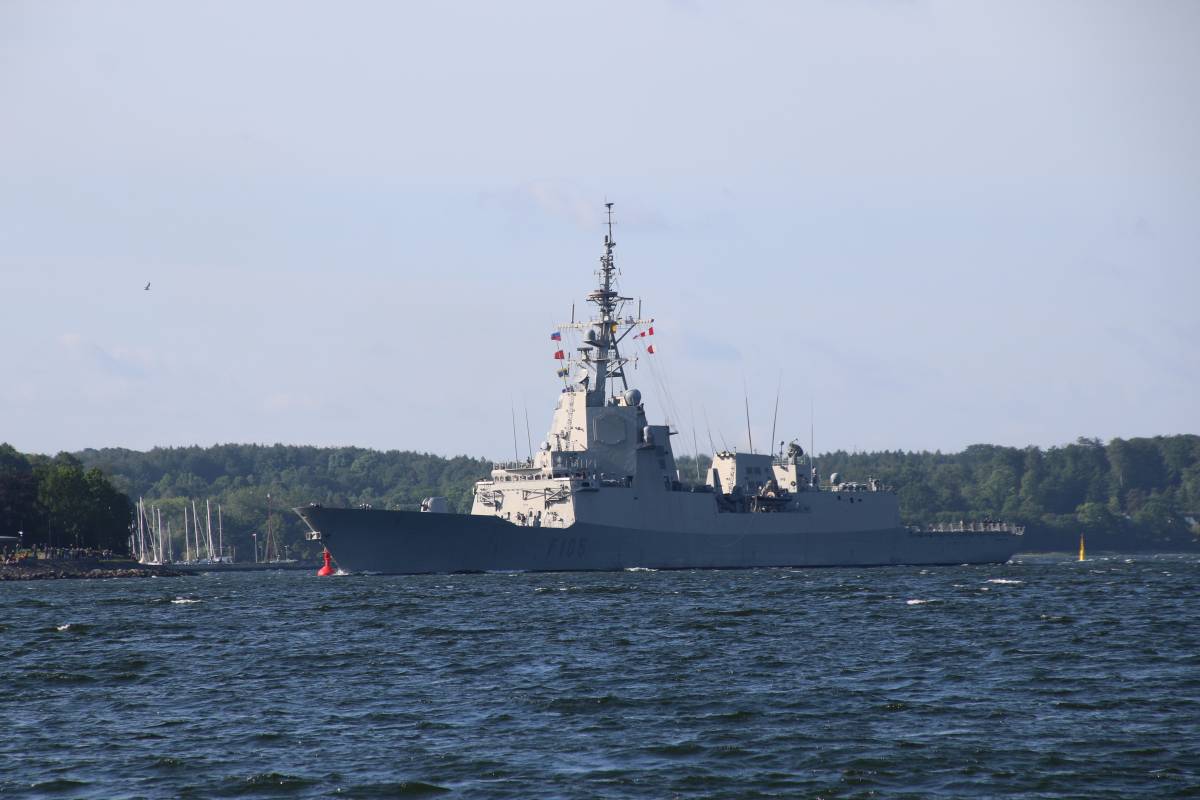 A rare sight: aircraft carriers in the Kiel Fjord

Because of the naval port, it is not particularly unusual to see warships in the Kiel Fjord. And during the Kiel Week, the Tirpitzhafen is also called by numerous naval ships from the most varied of nations, which can also be visited on a few days during the Kiel Week Open Ship. But an aircraft carrier in the fjord? That is rather a rare guest. And this was the 231-meter-long Spanish aircraft carrier Juan Carlos I, the flagship of the Spanish Navy.

The following naval ships left the Tirpitzhafen Kiel on June 10, 2019 and drove past the beach of the Kiel Fjord towards the Baltic Sea: