Shackleton expedition yacht in the Kiel Canal: The 107 meter long luxury yacht crossed the canal on December 4th, 2022 on its way to Hamburg.

And once again a spectacular ship in the Kiel Canal: Here the 107 meter long luxury yacht Shackleton sails through the Kiel Canal from Kiel-Holtenau to Brunsbüttel with destination Hamburg on Sunday, December 4th.

Only a few days ago, the Shackleton, built in the Peene shipyard in Wolgast (Mecklenburg-Western Pomerania), set off on its very first test drive. The expedition yacht, which costs around 350 million euros and is also equipped for trips to the polar sea, is 107 meters long and 18 meters wide. The luxury yacht Sheckleton has 5 decks and has a helipad at the ship’s stern. The Peene shipyard does not provide any information on the owner of the luxury yacht. It is suspected, however, that the approximately 350 million euro Shackleton may have belonged to Len Blavatnik (Sir Leonard “Len” Valentinovich Blavatnik), a US-British oligarch of Ukrainian-Jewish origin, who was born in Odessa in 1957. With an estimated fortune of around $33 billion (Forbes, November 2022), Blavatnik is in the top 50 richest people in the world.

After the first test runs in the Baltic Sea off Rügen, the Sheckleton yacht is now on its way to a Hamburg shipyard. 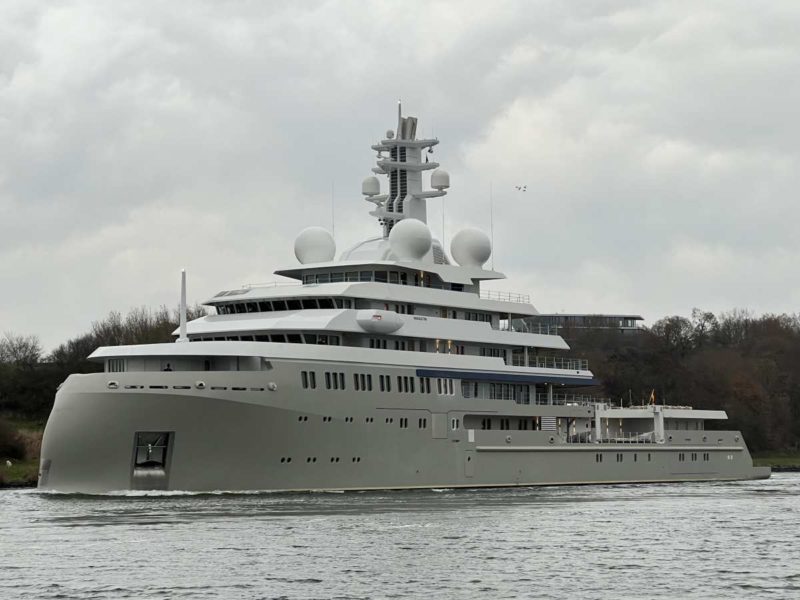 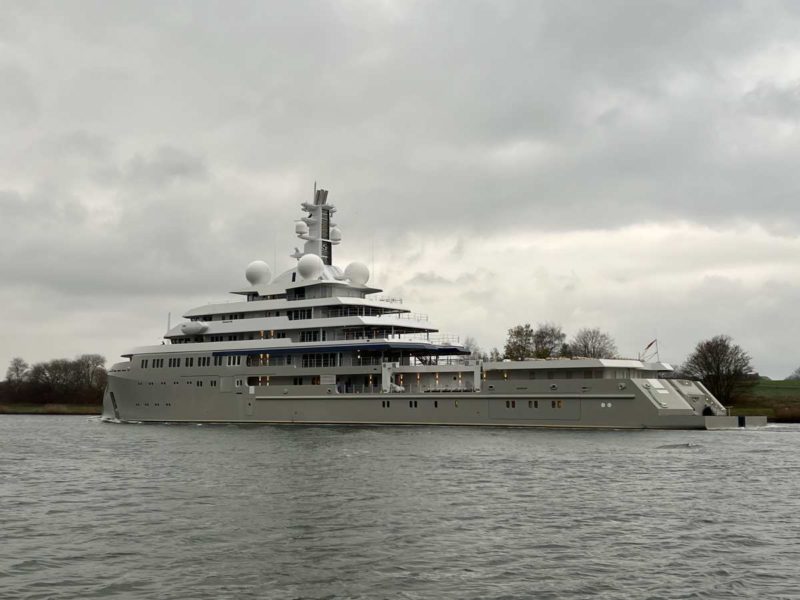 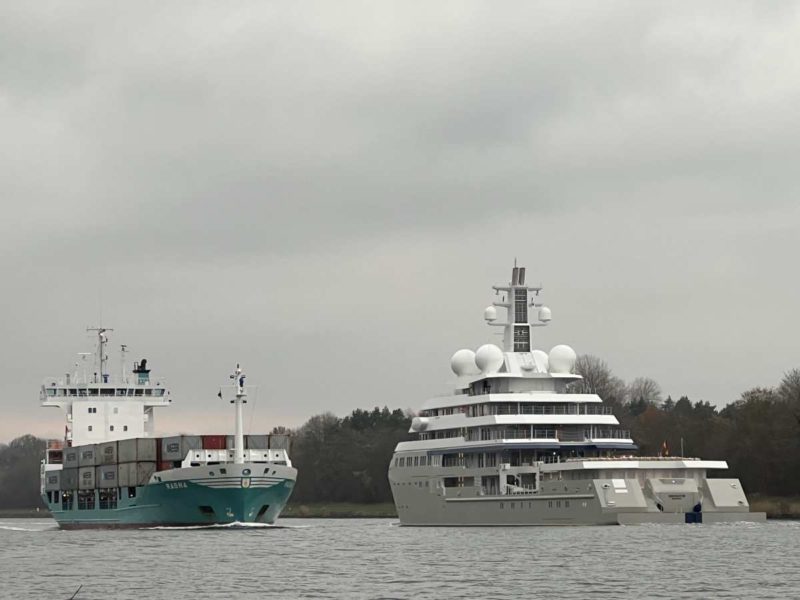 Shackleton Yacht and Ragna Container Ship in the Kiel Canal