New Egyptian frigate Al-Qahhar 905 on a sea trial: Type MEKO A200 frigate in the Kiel Fjord and return to the ThyssenKrupp Marine Systems (TKMS) shipyard on December 2nd, 2022.

Here the warship AL-QAHHAR (frigate 905 of the Al-Aziz class) newly built by TKMS is returning from the Baltic Sea to the ThyssenKrupp Marine Systems shipyard on the east bank of the Kiel Fjord. The Al-Quahar is a MEKO A200 type frigate and one of a total of three ships of this series that Egypt has ordered from TKMS. The Al-Quahar 905 is the second of these three frigates. At the moment, the Al-Qahhar is still being tested and in the near future the TKMS shipyard in Kiel will be doing test and trial runs in the Kiel Fjord, the Bay of Kiel and the Baltic Sea from time to time. 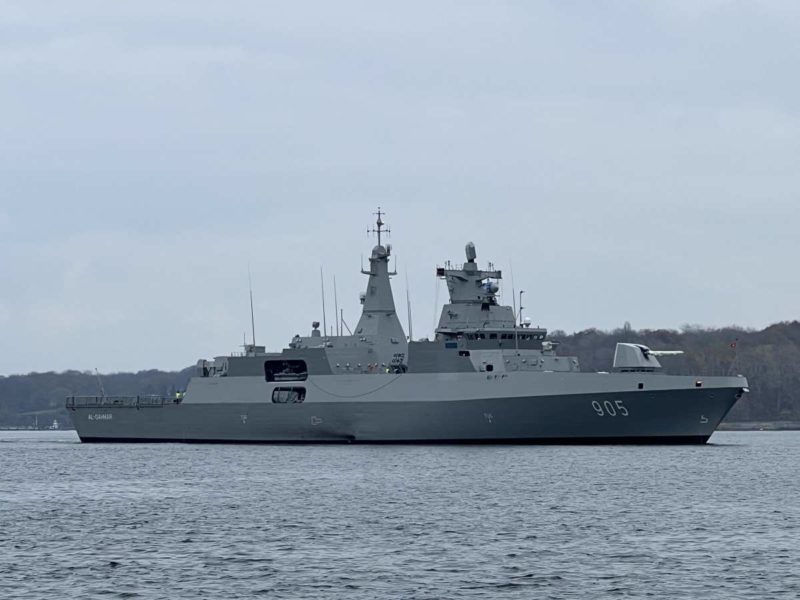 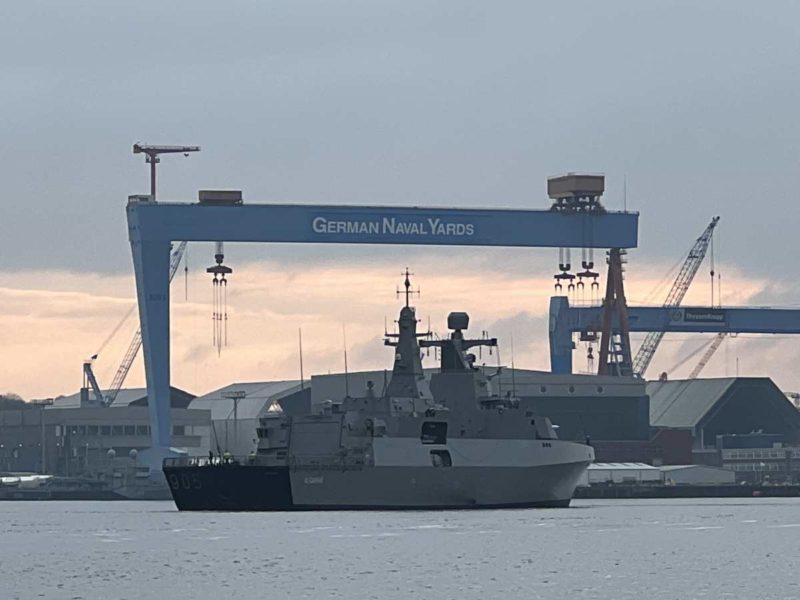 A few months ago, the frigate Al-Aziz 904 could also be seen regularly in the Kiel Fjord and in the TKMS shipyard during its tests and sea trials. The Al Aziz has since been handed over to the Egyptian Navy.

Video Al-Qahhar 905 in the Kiel Fjord