Kiel Canal Accident: The unfortunate freighter Meri left Kiel after 3 weeks and is bringing the damaged crane back to Rostock.

The cargo ship Meri and the mobile harbor crane left their berth at the Nordhafen in the Kiel Canal on Wednesday evening in the dark. The ship has already arrived at Liebherr in Rostock. The unfortunate crane was built there in the Liebherr factory and was actually supposed to be delivered with the Meri to Esbjerg in Denmark. The journey of the Meri should lead through the Kiel Canal, but as is already known, nothing came of it. The voyage of the cargo ship Meri and crane ended just a few hundred meters after the Kiel-Holtenau lock, because the crane had rammed both Holtenau high bridges and severely damaged some of them. The crane and the cargo ship were also damaged 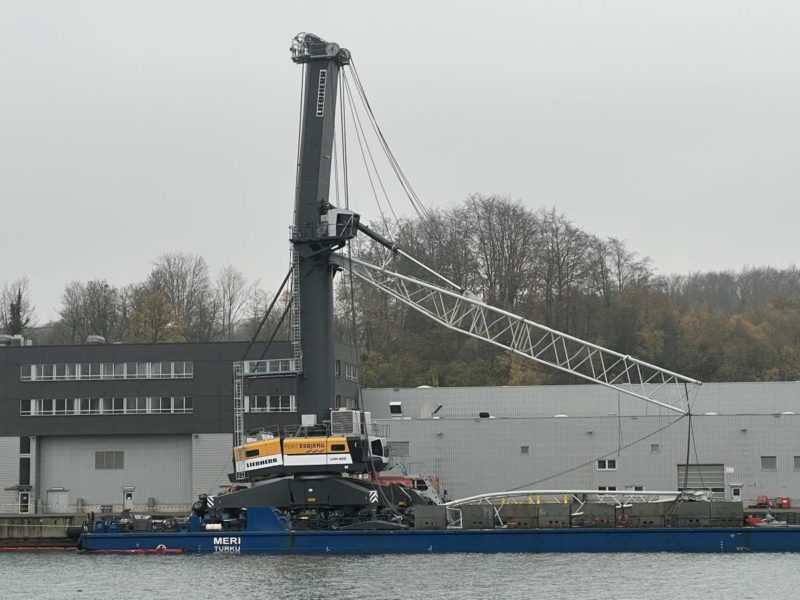 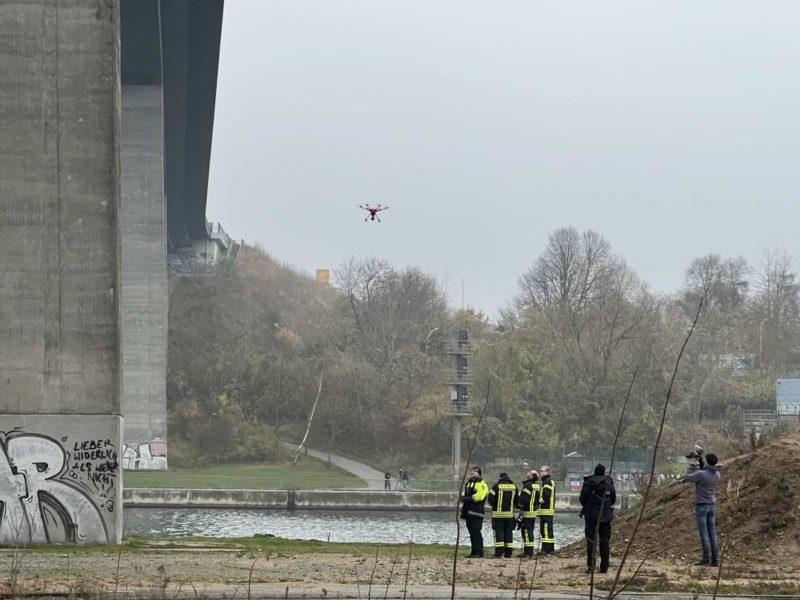 The damaged, but actually brand-new crane is now back at the Liebherr factory in Rostock and is being recycled, although one or the other component will certainly find other uses. For the people in and around Kiel, however, the matter is far from over. Über die beiden Holtenauer Hochbrücken verläuft die Bundesstraße B 503, rund 60.000 Fahrzeuge überqueren die Brücken täglich. However, one of the two bridges, the Olympic Bridge, is so badly damaged that it is expected to remain closed for at least six months. All traffic now runs, one lane in each direction, over the Prinz-Heinrich-Bridge, which was also damaged. Until further notice, no heavy vehicles weighing more than 12 tons (with the exception of regular KVG and Autokraft buses in local public transport) are allowed to cross the Holtenauer Hochbrücke.

Guilt for the accident on November 30, 2022 still unclear

It is still unclear who is actually to blame for the accident. The crane on board the Meri was a little too high for the passage through the Kiel Canal. The shipping company of the cargo ship rejects all blame. In addition, shortly before entering the lock, the total height was recorded by laser and the ship had received clearance to pass through the lock and canal after being surveyed. In any case, further investigations are being carried out.