This time the two cruise ships Mein Schiff 4 from the shipping company Tui Cruises and the AIDAbella from the shipping company AIDA Cruises were guests. For the AIDAbella it was the first call of the year in the port of Kiel. Both ships left their berth with a little delay. The Tui cruise ship started things off. My ship 4 passed the Kiel Fjord on its way to the Baltic Sea under a blue sky and sunshine. The Mein Schiff 4 cruise now takes passengers to Norway, where Olden, Andalsnes and Nomol, among others, are headed for.

The Mein Schiff 4 is the fourth ship of the cruise company TUI Cruises, a joint venture of the German TUI AG. The commissioning took place on May 15, 2015, the ship was christened on June 5, 2015 by Franziska van Almsick in Kiel. Mein Schiff 4’s maiden voyage was in the Baltic States, sailing from Kiel through the Baltic Sea to Tallinn, St. Petersburg, Helsinki and Stockholm.

First attempt of the AIDAbella in Kiel in 2022

About the cruise ship AIDAbella 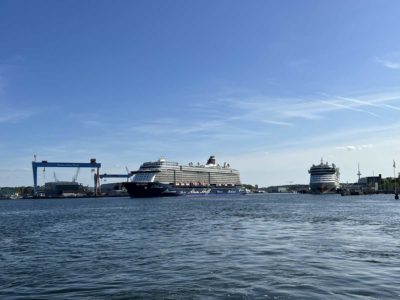 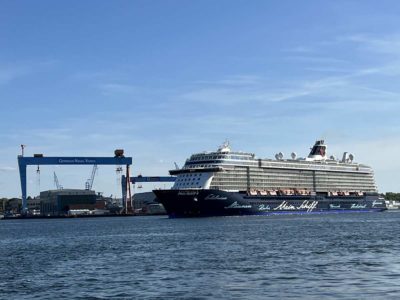 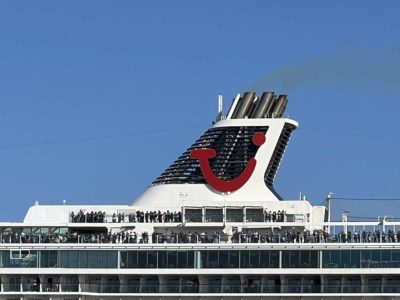 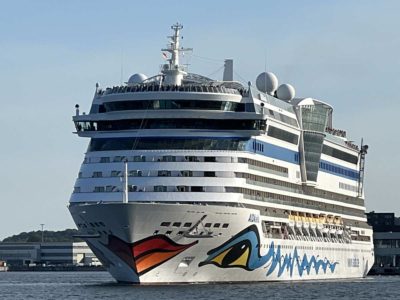